We understand a great idea with explosive growth potential.

As tech entrepreneurs who have failed and succeeded across a wide range of ideas, products, and companies, we understand when a company has huge growth potential as an investment. At Investio, we carefully select opportunities in the public and private sectors, seeking ideas and products that meet the insatiable appetite of modern consumers and have the potential to change the world.

Our approach is innovative and unique.

Investio was founded on the ethos of investing in great ideas. To find great ideas among the noise, we have created an innovative approach to discovering investable companies. Using a combination of experience, networking, advanced analytics, and market research, we discover brands that are on the verge of becoming nationally or globally recognized with potential for huge, short- to medium-term investment returns.

We bring a wealth of experience to the table.

Over the past decade, Investio has grown its portfolio to include a variety of private and public companies, managing tens of millions of dollars in assets across a wide range of industries. We have invested in globally recognized companies including Cloudflare, Twitter, Fiverr, Doordash, Udemy, and Roblox.

Investio was founded by husband-and-wife team, Richard and Evelyn Fox. The dynamic duo brings a wealth of experience having enjoyed multiple successes in scaling businesses before launching Investio. Richard Fox has been driven by a passion for entrepreneurship from a young age. Born in Los Angeles to refugee parents who had fled the Soviet Union in search of a better life in the United States, Richard started his first business venture at age 14 selling comic books. Within a few years, Richard had opened comic book stores in three locations and has never looked back.

Over the past 25 years, Richard has co-founded and invested in multiple businesses, constantly growing his personal portfolio. He has also enjoyed multiple successful business exits during this time. Today, many of the businesses are still operational and serve millions of customers daily.

Personally, Richard is passionate about health and gaining new knowledge. He regularly takes time out of his busy work schedule to read a wide variety of literature, increasing his understanding of the world around us and quenching his thirst for knowledge. He also takes great care about diet and well-being, practicing meditation and mindfulness regularly.

Richard has co-founded or invested in more than 100 companies, including: 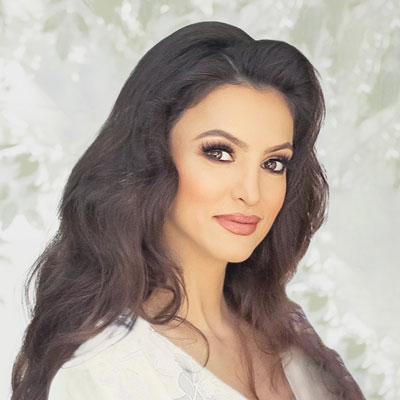 Evelyn Fox was born and raised in Berlin, Germany to parents who has fled the Soviet Union in search of a better life for their children. Her early passion was modeling, and she enjoyed a successful career as a model in her late teens, featuring on the cover of Chica, a hugely popular magazine in Germany, in addition to numerous adverts for major brands.

By the age of 21, Evelyn moved to the United States and founded her first start-up - a bespoke ultra-luxury line of shoes for women. The business venture, CrystalHeels, was instantly successful, attracting celebrity clientele including Sharon Osbourne who wore a pair of CrystalHeels to the Golden Globe Awards in 2012.

Evelyn has unleashed a passion for business ventures and co-founded her second start-up, Baghunter, quickly after the success of CrystalHeels. The rare luxury handbag platform featured the world’s most desired brands including Hermes and Chanel.

A study published by Baghunter revealed the investment value of luxury handbags, attracting attention from the global media including Elle, Vogue, the Daily Mail, Business Insider, and many others. The huge coverage has led to collecting handbags becoming as mainstream as collecting baseball cards, with many more women considering the investment value of rare designer bags and directly creating a multi-billion-dollar secondary market for these items.

Evelyn also co-founded Globtech, a company that specializes in the development and operation of major video chat brands. This portfolio of global brands has grown to more than 28 million members within 10 years. Evelyn’s influence on the company, including scaling and growing the brands, has led to more than 10 million new members joining in the last 12 months alone.

Evelyn has co-founded or invested in multiple successful companies and brands, including: